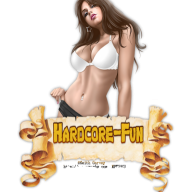 Staff member
#1
Zoophilia is a paraphilia involving a sexual fixation on non-human animals. Bestiality is cross-species sexual activity between human and non-human animals. The terms are often used interchangeably, but some researchers make a distinction between the attraction (zoophilia) and the act (bestiality).[1]

Although sex with animals is not outlawed in some countries, in most countries, bestiality is illegal under animal abuse laws or laws dealing with crimes against nature.

The term zoophilia was introduced into the field of research on sexuality in Psychopathia Sexualis (1886) by Krafft-Ebing, who described a number of cases of "violation of animals (bestiality)",[7] as well as "zoophilia erotica",[8] which he defined as a sexual attraction to animal skin or fur. The term zoophilia derives from the combination of two nouns in Greek: Î¶á¿·Î¿Î½ (zá¹“ion, meaning "animal") and Ï†Î¹Î»Î¯Î± (philia, meaning "(fraternal) love"). In general contemporary usage, the term zoophilia may refer to sexual activity between human and non-human animals, the desire to engage in such, or to the specific paraphilia (i.e., the atypical arousal) which indicates a definite preference for non-human animals over humans as sexual partners. Although Krafft-Ebing also coined the term zooerasty for the paraphilia of exclusive sexual attraction to animals,[9] that term has fallen out of general use.

The term zoosexual was proposed by Hani Miletski in 2002[4] as a value-neutral term. Usage of zoosexual as a noun (in reference to a person) is synonymous with zoophile, while the adjectival form of the word â€“ as, for instance, in the phrase "zoosexual act" â€“ may indicate sexual activity between a human and a non-human animal. The derivative noun "zoosexuality" is sometimes used by self-identified zoophiles in both support groups and on internet-based discussion forums to designate sexual orientation manifesting as romantic or emotional involvement with, or sexual attraction to, non-human animals

The legal term bestiality has two common pronunciations: "ËŒbÉ›s'tiÃ¦'lÉ™'ti" or "ËŒbis'tiÃ¦'lÉ™'ti", the latter being more prevalent in the United States.[11] Some zoophiles and researchers draw a distinction between zoophilia and bestiality, using the former to describe the desire to form sexual relationships with animals, and the latter to describe the sex acts alone.[12] Confusing the matter yet further, writing in 1962, Masters used the term bestialist specifically in his discussion of zoosadism.

Stephanie LaFarge, an assistant professor of psychiatry at the New Jersey Medical School, and Director of Counseling at the ASPCA, writes that two groups can be distinguished: bestialists, who rape or abuse animals, and zoophiles, who form an emotional and sexual attachment to animals.[13] Colin J. Williams and Martin Weinberg studied self-defined zoophiles via the internet and reported them as understanding the term zoophilia to involve concern for the animal's welfare, pleasure, and consent, as distinct from the self-labelled zoophiles' concept of "bestialists", whom the zoophiles in their study defined as focused on their own gratification. Williams and Weinberg also quoted a British newspaper saying that zoophilia is a term used by "apologists" for bestiality.

The nature of animal minds, animal mental processes and structures, and animal self-awareness, perception, emotion in animals, and "map of the world", are studied within animal cognition and also explored within various specialized branches of neuroscience such as neuroethology.

In the fifth edition of the Diagnostic and Statistical Manual of Mental Disorders (DSM-5), zoophilia is placed in the classification "other specified paraphilic disorder"[26] ("paraphilias not otherwise specified" in the DSM-III and IV[27][28][29][30]). The World Health Organization takes the same position, listing a sexual preference for animals in its ICD-10 as "other disorder of sexual preference". In the DSM-5, it rises to the level of a diagnosable disorder only when accompanied by distress or interference with normal functioning.[26][32]

Zoophilia may also be covered to some degree by other fields such as ethics, philosophy, law, animal rights and animal welfare. It may also be touched upon by sociology which looks both at zoosadism in examining patterns and issues related to sexual abuse and at non-sexual zoophilia in examining the role of animals as emotional support and companionship in human lives, and may fall within the scope of psychiatry if it becomes necessary to consider its significance in a clinical context. The Journal of Forensic and Legal Medicine (Vol. 18, February 2011) states that sexual contact with animals is almost never a clinically significant problem by itself;[33] it also states that there are several kinds of zoophiles:[33]

Zoophilia may reflect childhood experimentation, sexual abuse or lack of other avenues of sexual expression. Exclusive desire for animals rather than humans is considered a rare paraphilia, and sufferers often have other paraphilias[34] with which they present. Zoophiles will not usually seek help for their condition, and so do not come to the attention of psychiatrists for zoophilia itself.

The first detailed studies of zoophilia date from prior to 1910. Peer reviewed research into zoophilia in its own right started around 1960. However, a number of the most oft-quoted studies, such as Miletski, were not published in peer-reviewed journals. There have been several significant modern books, from Masters (1962) to Beetz (2002);[36] their research arrived at the following conclusions:

Most zoophiles have (or have also had) long term human relationships as well or at the same time as zoosexual ones, and that zoosexual partners are usually dogs and/or horses (Masters, Miletski, Beetz)[36][37]
Zoophiles' emotions and care for animals can be real, relational, authentic and (within animals' abilities) reciprocal, and not just a substitute or means of expression.[38] Beetz believes zoophilia is not an inclination which is chosen.[36]
Society in general at present is considerably misinformed about zoophilia, its stereotypes, and its meaning.[36] The distinction between zoophilia and zoosadism is a critical one to these researchers, and is highlighted by each of these studies. Masters (1962), Miletski (1999) and Weinberg (2003) each comment significantly on the social harm caused by misunderstandings regarding zoophilia: "This destroy the lives of many citizens".[36]
Beetz also states the following:

"The phenomenon of sexual contact with animals is starting to lose its taboo: it is appearing more often in scholarly publications, and the public are being confronted with it, too.[...] Sexual contact with animals â€“ in the form of bestiality or zoophilia â€“ needs to be discussed more openly and investigated in more detail by scholars working in disciplines such as animal ethics, animal behavior, anthrozoology, psychology, mental health, sociology, and the law."[39]

More recently, research has engaged three further directions â€“ the speculation that at least some animals seem to enjoy a zoophilic relationship assuming sadism is not present, and can form an affectionate bond.[40] Similar findings are also reported by Kinsey (cited by Masters), and others earlier in history. Miletski (1999) notes that information on sex with animals on the internet is often very emphatic as to what the zoophile believes gives pleasure and how to identify what is perceived as consent beforehand. For instance, Jonathan Balcombe says animals do things for pleasure. But he himself says pet owners will be unimpressed by this statement, as this is not news to them.[41]

Beetz described the phenomenon of zoophilia/bestiality as being somewhere between crime, paraphilia and love, although she says that most research has been based on criminological reports, so the cases have frequently involved violence and psychiatric illness. She says only a few recent studies have taken data from volunteers in the community.[42] As with all volunteer surveys and sexual ones in particular, these studies have a potential for self-selection bias.[43]